Some people climb Kilimanjaro for a reason, while others climb for no reason at all, but every adventurer who attempts Africa’s highest mountain has one goal in mind, and that is to reach the snow-capped peak of Uhuru. 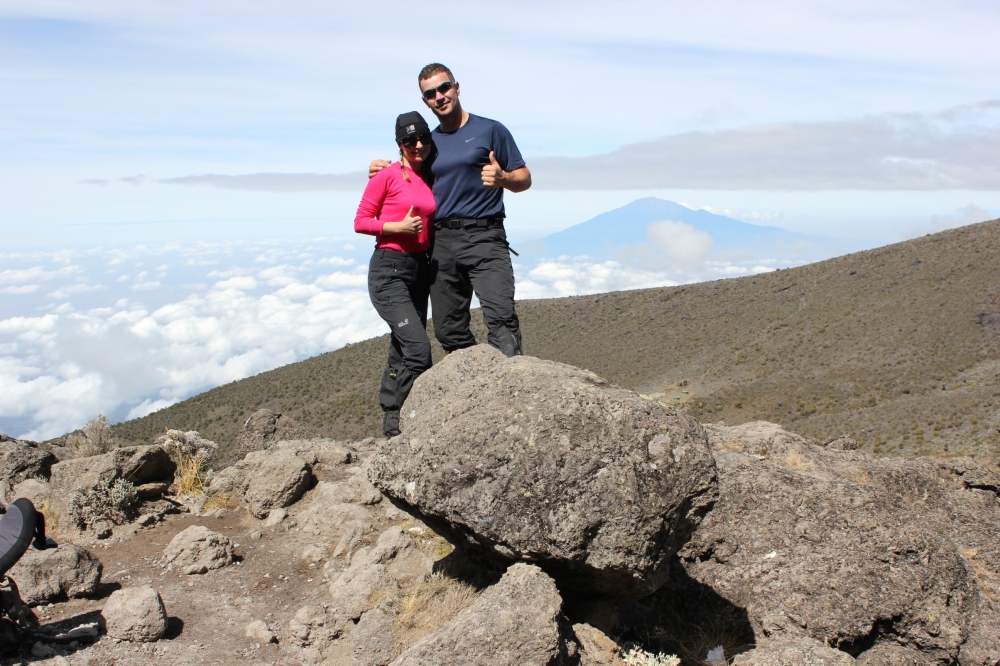 Climbing Kilimanjaro is no easy task, and you need both mental and physical strength if you are to summit the ‘Roof of Africa’, but Kilimanjaro is not technically challenging (you do not need crampons or ropes), and if you are physically fit, mentally prepared, and willing to follow the ‘Poley Poley’ pace set by your Mountain Guide, the chances of reaching the top are high.

Some 50,000 travellers attempt to climb Kilimanjaro each year, and while most of us are more than happy with a 7 to 10 day tour along the Machame Route, the Lemosho Route or the Umbwe Route, it seems not everyone is prepared to take the easy route…

Wim Hof, otherwise known as Iceman, is a Dutch extreme sports enthusiast with 26 Guinness World Records under his belt.  In a bid to add one more title to his impressive collection of extreme challenges (which include running a full marathon above the arctic circle wearing just a pair of pants!), Iceman recently ran up Mount Kilimanjaro – and did so in a record time of just 31 hours and 26 minutes! In true Iceman style, Wim opted for a rather skimpy climbing outfit consisting of a pair of shorts and shoes!

Meanwhile, a Russian adventurer by the name of Valery Rozov, has become the first person in the world to BASE JUMP from the top of Kilimanjaro.  After hiking all the way to the top of the Western Beach Wall, Valery decided to take the quick way down, gliding some 3 kilometres in his rather colourful Red Bull sponsored base-jump suit! He captured his entire jump on camera, so head over to the Red Bull website to watch it for yourself.

Finally, the most inspiring Kilimanjaro story of all goes to Alex D’Jamoos, who recently climbed Kilimanjaro for the second time – despite being a double amputee!  The University of Texas student scrambled his way to Uhuru peak, despite suffering from bleeding knuckles and endless ant bites, and did so to raise awareness and money for his favourite charities. Alex said, “The purpose of the trip was to demonstrate that children with disabilities have the ability to overcome great challenges”.