You’ll be surprised at just how many people think that climbing Kilimanjaro is easy!  We have had travellers who insist on carrying their own luggage only to beg for a porter on day 2, sports professionals who were overcome with altitude sickness on day 4, and wannabe mountaineers who believed that all they needed was a pair of shorts, trainers, and a light rucksack… it is Africa after all!

But as someone who has climbed Mount Kilimanjaro twice (both times successfully), I can assure you that it is no easy task, and so I was astounded to read about Rebecca Rusch and Patrick Sweeney, who recently hiked Africa’s highest peak with their mountain bikes on their backs, and cycled all the way down to raise money for their favourite charity, World Bicycle Relief! 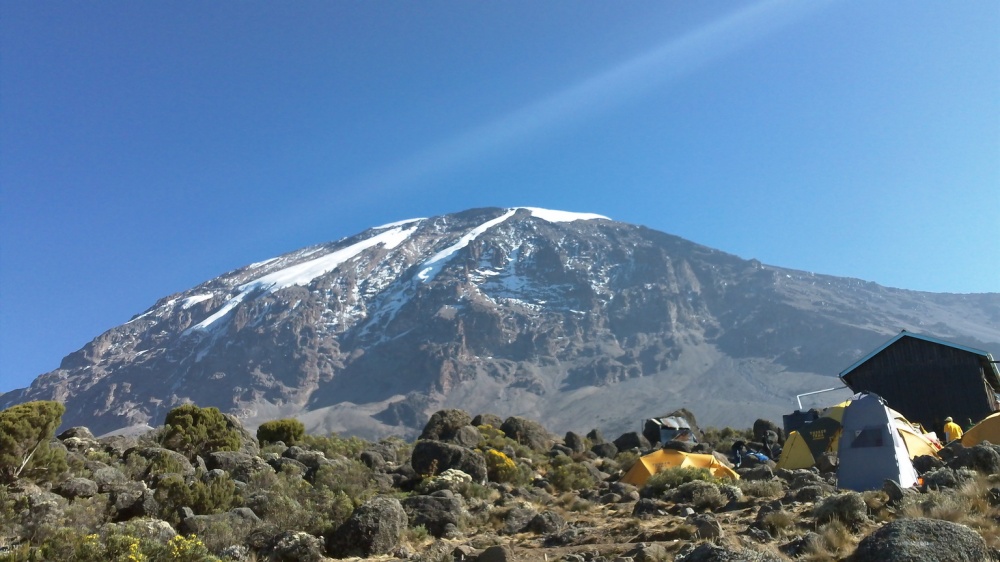 In a journey that took them just 6 days to complete, Rusch and Sweeney reached Uhuru Peak, Kilimanjaro’s summit at 10:20am on 24th February 2016, before hurtling down what can only be described as a bumpy ride!

The aim of this Kilimanjaro Expedition was clear, with the daring duo aiming to raise at least one US dollar for every foot of elevation that they managed on Mt. Kilimanjaro, which as one of the seven summits, stands at a rather impressive 19,341 feet.

The money raised for non-profit organisation World Bicycle Relief will help provide up to 131 new bikes to the people who need them most in Africa, where something as simple as a bicycle can truly changes lives.

When asked about her Kilimanjaro challenge, seven-time world champion Rebecca Rusch said, “It was absolutely the hardest ride I’ve done in my life.” She continued, “I love a monumental challenge like this,” “And it’s even more meaningful if our adventure can help change the world.”

Read more about it and donate to World Bicycle Relief.